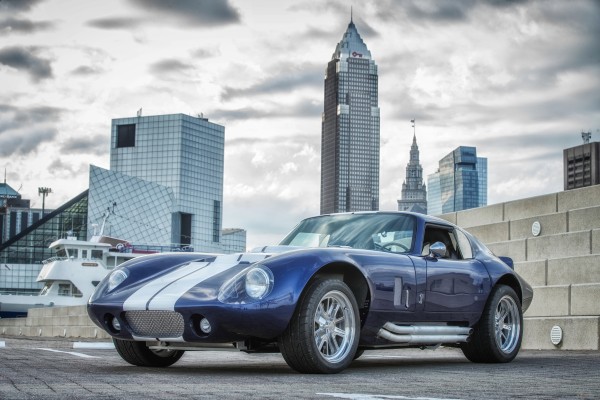 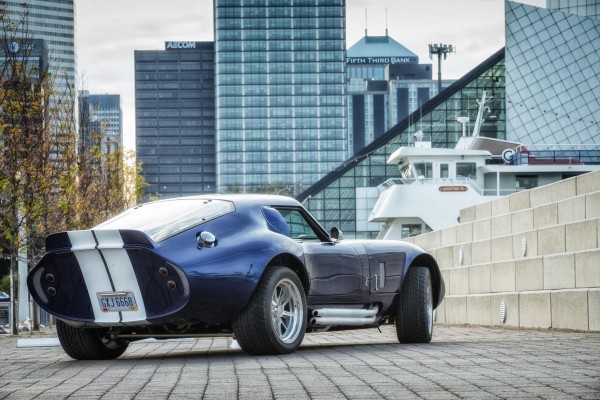 He’s familiar with its history and how it was designed by Carroll Shelby to take on Ferrari at LeMans. He knows all about its 1965 FIA World Championship, which made Shelby the first American builder to win on the international racing scene. And yes, he’s well aware that just six original Shelby Daytona coupes were produced, and they are each now valued at over $8 million.

Unfortunately, the rarity and historical relevance Kirkendall admires about the Shelby Daytona has also made it impossible for him to own one—an original one anyway.

So he did the next best thing and contacted Factory Five Racing.

Factory Five Racing offers replica component kits of some of the world’s most sought-after and collectible vehicles, including a replica kit for the original 1965 World Championship Shelby Daytona Coupe. The Type 65 Coupe kit captures the distinctive look of the iconic original, but uses modern engineering to make it safer and more reliable.

Kirkendall had to have one.

“So many people go with (Factory Five’s) Cobra kit, but I thought I would go with something different,” said Kirkendall, who lives in the Cleveland, OH suburb of Berea. “I’m 63 years old and I’ve never seen the Shelby Daytona at any of the shows I’ve been to. Plus, with the weather around here, it’s nice to have something with a roof!”

The kit includes a period-correct, 4-inch tube frame with integrated 6-point roll cage, aluminum and steel chassis assembly, hand-laid composite body, independent front suspension with Koni shocks, 3-link rear suspension, a 4-into-2 side exhaust system, and a long list of other components. You basically get everything but the engine, transmission, rear-end, wheels, tires, and paint.

Factory Five does recommend either a Ford 302 or 351, so Kirkendall worked with Michael’s Racing Engines in Macedonia, OH to build a Ford 351 Windsor-based, 408 cubic-inch stroker engine. They were able to quickly procure the necessary parts via Summit Racing, which is located just down the road in Tallmadge, OH. The 408 features:

“(The shop) followed a similar recipe as some engines they had already built,” Kirkendall said.”I told them I was looking for 450 horsepower; they dynoed it at 495 horsepower. The car only weighs 2,300 pounds, so the power-to-weight ratio is fantastic!”

The engine is hooked to a Tremec 5-speed transmission, which sends power back to a Ford 8.8-inch rear-end with 3.73 gears.

“I plan on taking it on one- to two-hour trips here and there,” Kirkendall said. “The 5-speed is more suitable for highway use.”

The project took a year and two months to complete. Kirkendall added a few extra touches along the way, including a Vintage Air heat and A/C unit and a Kenwood stereo for those road trips. The car sits on American Racing Shelby wheels and Nitto NT555 tires. The paint, which was done by Earl’s Collision Center in Brook Park, OH, is 2007 Ford Ranger blue.

“I had a vision of what I wanted, and it actually turned out better than I thought,” Kirkendall said.

A worthy tribute to the iconic original.