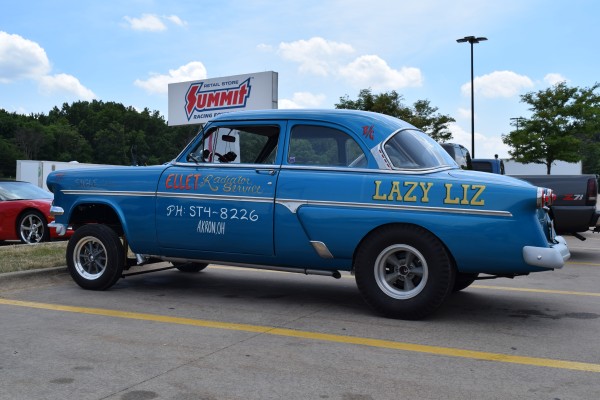 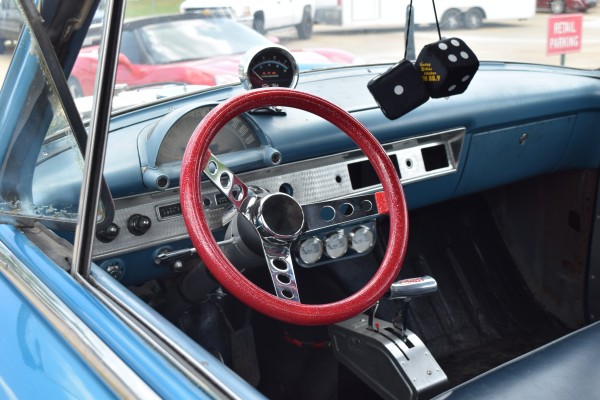 The Ford Customline was meant to be Ford’s mid-level passenger car when it was introduced in 1952, but as usual, the hot-rodding community has other ideas. Take, for example, this Gasser-style ’52 Customline we spotted at Summit Racing’s Akron store. Its original, modest V8 or inline-six engine has been scrapped in favor of a 392 HEMI. The straight-axle front-end has been appropriately altered for better weight distribution on the dragstrip.

We haven’t seen this much of a 1950’s attitude adjustment since Olivia Newton John sported the Spandex for Danny Zuko (or something like that).