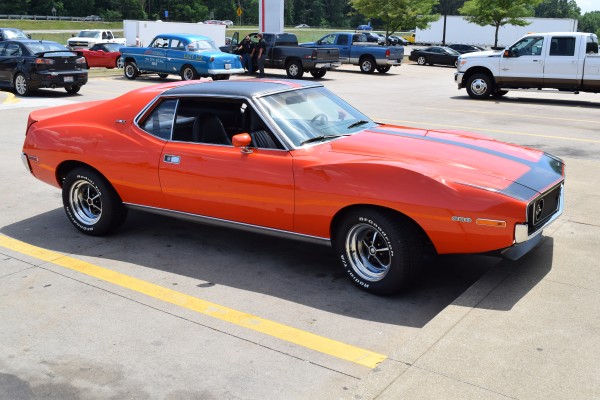 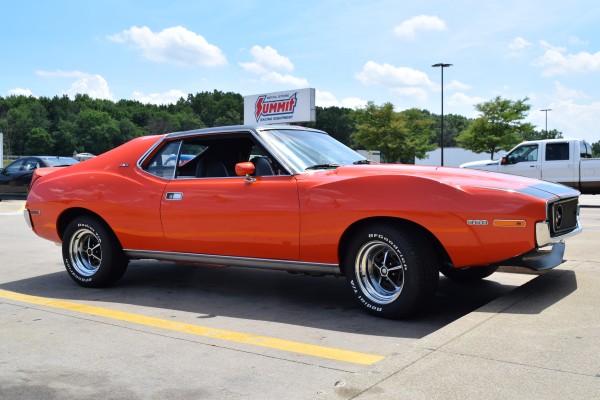 Javelins captured racing titles for American Motors in the 1971 and 1972 seasons. The 1971 Javelin AMX model sported a redesigned body, featured several race-inspired modifications, and was advertised as the “closest thing you could buy to a Trans-Am champion.” The Go Package version took things up a notch with a choice of 360 or 401-cubic-inch engine, special handling package, heavy-duty cooling, T-striped hood decal, blacked-out rear taillight panel, and other enhancements.

Long story short — the Javelin AMX moved to the side for no one. However, plenty of other sports cars and muscle cars did pull over for the Javelin after it became the first pony car used as a highway patrol car in 1971. Alabama troopers used them for pursuit and high-speed response calls.

Yep — a lot of history packed into the Javelin’s seven-year history. Lots of unique styling, too. Check out this ’71 we spotted at the Summit Racing Retail Store in Ohio.