Dave Delaney’s story is like that of so many others: He loved his classic muscle car, but he was forced to sell it when he started a family.

Delaney always wanted that Chevelle back, so he was shocked the day Kyle told him he might have found his old car.

“[Kyle], who is now 24, and I always talked about doing a father-son project since he was 10,” Delaney said. “So one day he comes home and says ‘Dad, I think I found your old Chevelle.’”

“My exact words were ‘yeah right, Kyle,’ and he said ‘no, really. It still looks like it did in the old pictures.’”

That was three years ago, and Delaney hurried to the car to see if it was, indeed, his old Chevelle.

“I got really excited and we left to look at it right there and then! Sure enough there it was in a field. So I looked around at it to make sure it was my old car, and I looked in the glove box and there was an old registration in there with my name on it.”

But that was only the beginning. The Chevelle needed a lot of work.

“The car was rough with no motor or tranny, and the interior mostly gutted. But I had to have it. So I offered the guy $1,500 and he took it.”

Delaney and his son went right to work on a full frame-off restoration.

“Over the last three years my son and I have been restoring it and, as you can see from my pic, we finished it. Complete frame-off restoration. Sixty percent of the sheet metal is new, all new suspension, front and rear. SBC 350 that we rebuilt with a TH350 tranny. We did all the work ourselves, but had help from a friend with the body and paint (he has a body shop).”

Over the three-year project, father and son turned the car from a rusted out shell of its former self to the beautiful Chevelle you voted the Top February Fan Ride on Summit Racing’s social media accounts. The Chevelle received more than 5,000 combined votes, and fans took notice.

“A lot of respect to you, Dave, for keeping her on the road,” a Facebook user wrote. “That’s the most beautiful Chevelle I’ve ever seen.”

The Delaneys haven’t had much time to enjoy the Chevelle. The upstate New York residents finished the build late last year and only had it on the road for about a week before storing it for the winter.

But the father-son duo have big plans for the Chevelle this year.

“We have always talked about bringing a car to the Syracuse Nationals as we live a little over an hour away,” Delaney said. “So this year’s Nationals will be the first year bringing it. [Kyle] asked me if he could drive it there and, of course, I said yes.”

Check out pictures of the ’68 Chevelle restoration below: 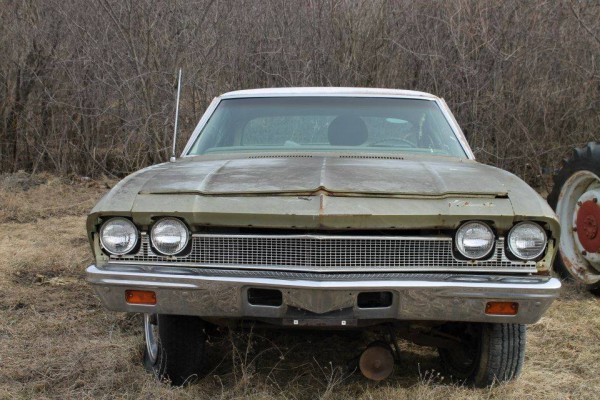 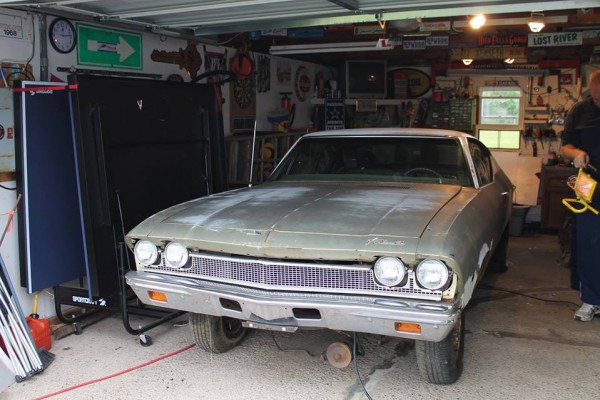 Photo Gallery: Your Automotive Goals for 2021