Byram Rollins was a teenager the last time he saw his Chevy Vega.

And just like that, the Vega was out of his life for good.

Until two years ago.

Now, this isn’t a reunite-with-your-old-car story. Rollins literally never saw his Vega again. But he did find and buy another.

“I’m not sure if I can describe the feeling,” Rollins said of getting another Vega. “Joy, bliss…[I] forgot all about the one that got stolen.”

Rollins takes the Vega to car shows, but doesn’t race. It’s “strictly for street cruising and bruising,” he told us. “Also has factory A/C. Can’t live in Alabama without it.”

If you think the color seems to change shades, you’re not alone.

“The paint is called Candy Copper. It seems to change colors in different sunlight,” Rollins wrote. “The interior was redone in cloth diamond pleats.”

The ’77 Vega was such a hit, Summit Racing’s Facebook, Instagram and Google+ fans voted it the Top January 2016 Fan Ride. That’s fitting, because guess where Rollins gets many of the Vega’s parts…

“I really love the Summit store in Georgia,” he wrote. “My favorite place. All the folks are really helpful and know their stuff.”

We know a few people there ourselves, Byram. We’ll make sure to pass along the word. Now, take care of that Vega! 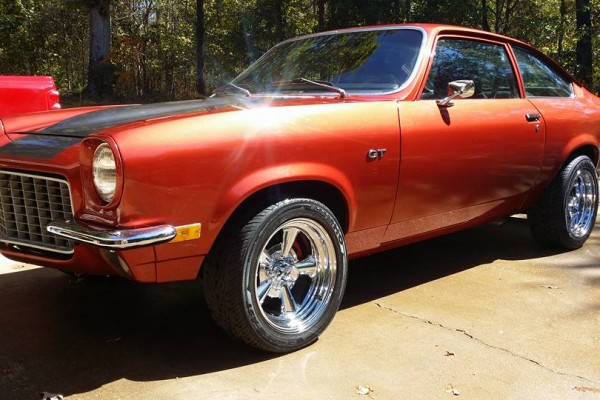 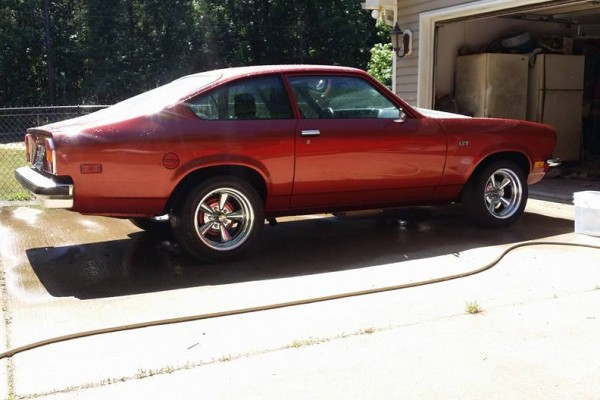