Charlie Keel’s 1968 Dodge Charger is impressive. A glimpse at a few pictures will show you that much.

What it won’t show you is the absolute struggle Keel went through to build the car.

In 2011 Keel was diagnosed with kidney cancer and multiple sclerosis.

“I knew my health was very bad,” he said. “I had a diagnosis, and they removed the cancer and I am on MS meds now.”

Keel worked most of his life as a mechanic. So naturally, when the bad news came, he felt resorting to his first love could help get him through.

“I had a hot rod Harley dyno 125 horsepower that I could not ride anymore, so I sold it and thought I would like to get a ’68 Charger to tinker with on my days that I felt good enough to do a few things here and there. Most days I could only work on it for an hour a day, but that adds up over four years, and I had help from friends.”

Keel had owned several Mopars and Chevys over the years, but he never forgot his first car.

“Running” is one word to describe his current Charger. “Incredible,” would be another.

But Keel didn’t stop there.

The Charger is aptly painted Summit Racing Hot Rod flat black. When it is driven, it’s driven on the street.

“This is a street build,” Keel emphasized. “Yes the Charger has cold A/C…with lock up torque converter.

“This is the only car I have, but I don’t drive it very much as the MS has gotten pretty bad. But the Charger in the garage keeps my brain workin’, lol.”

Without knowing the Charger’s backstory, Summit Racing’s Facebook, Instagram and Google+ fans and followers voted it the #1 2015 October Fan Ride out of thousands of entries.

It’s a small reward, but a well-deserved one for an incredible and inspirational customer build.

See additional pictures and video of the Charger below. 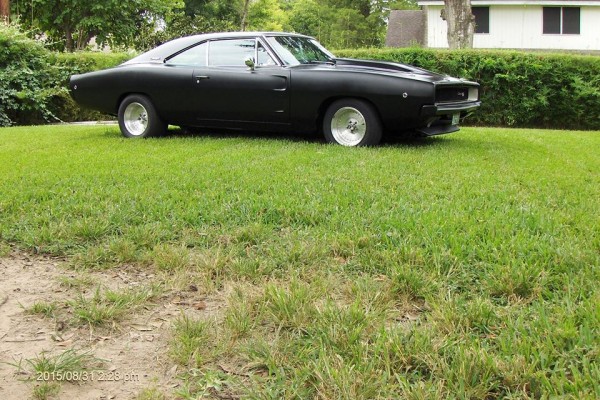 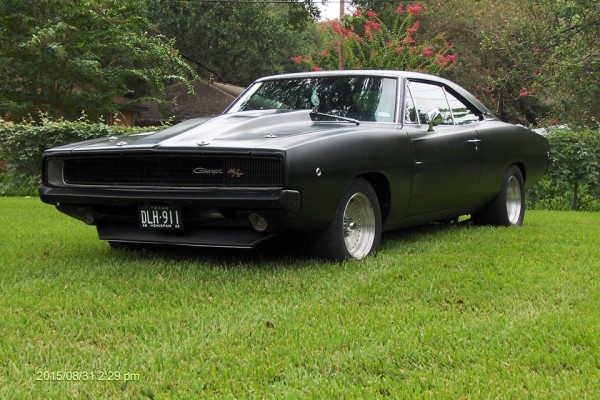