LAS VEGAS, NV — Unveiling a project car can be nerve-racking for a car builder, even under normal circumstances.

For Mike and Jim Ring of Ringbrothers, the pressure was even higher as they unveiled their latest project car, Espionage, to its owner—and upwards of 100 other people at the SEMA Show Wednesday.

“The car belongs to (Black Ocean founder and CEO) Timur (Sardarov), who is seeing it for the first time today,” Jim Ring said at the unveiling. “I’m a little nervous.”

The 1965 Mustang Fastback is all carbon fiber except for the floors, Jim Ring said. The fenders and doors have been widened four inches and the car is covered in BASF Spy Green paint.

Jim and Mike opted for a Whipple-supercharged GM LS7 (427), which puts out roughly 970 horsepower and 858 ft.-lbs. of torque. It has a Holley fuel injection system, Aeromotive fuel system, and Centerforce clutch matched to a six-speed Tremec transmission.

The car is one of 10 finalists for SEMA’s Battle of the Builders competition.

Browse the photo gallery below for a closer look. As for the car’s owner, we think his smile said it all. 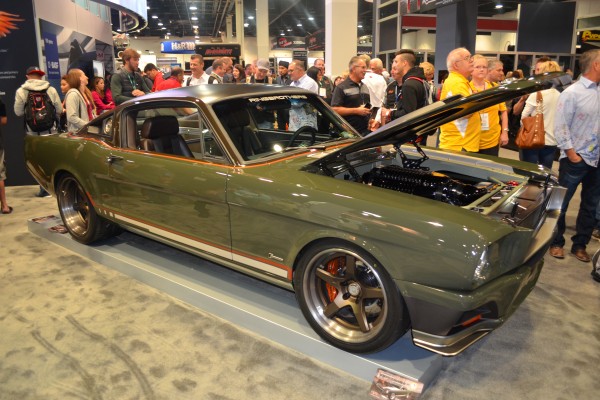 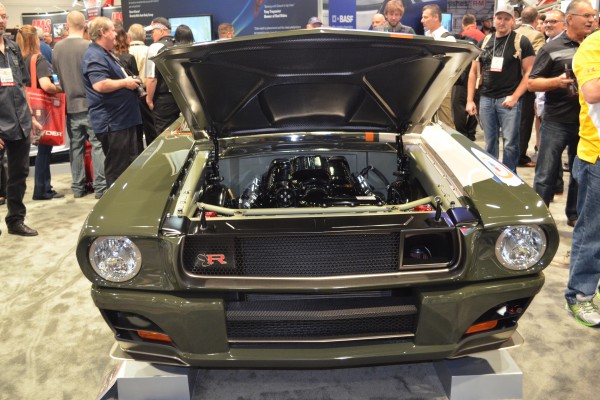