LAS VEGAS, NV — Over the past couple years, Mopar has spent much of its time touting the Challenger and Charger—and rightly so. This year, however, Mopar decided to give a little extra attention to one of its other iconic vehicles: the Jeep Wrangler.

Mopar unveiled its Jeep Wrangler Red Rock concept in Las Vegas, NV on Tuesday, but the limited-production Jeep was all about Moab, UT. It was inspired by the Moab Easter Jeep Safari and the Red Rock 4-Wheelers, the club that hosts the annual event. Mopar says it’ll make a limited run of 50 of the Wrangler Red Rocks to help celebrate the 50th anniversary of the Moab Easter Jeep Safari in 2016.

While the Jeep Red Rock unveiled at the SEMA Show on Tuesday is a one-off version, the 50 Red Rock editions produced for next year will feature many of the same touches. Based on the Jeep Wrangler Unlimited Rubicon Hard Rock, Mopar’s Wrangler Red Rock concept features:

Check out the slide show below for a closer look: 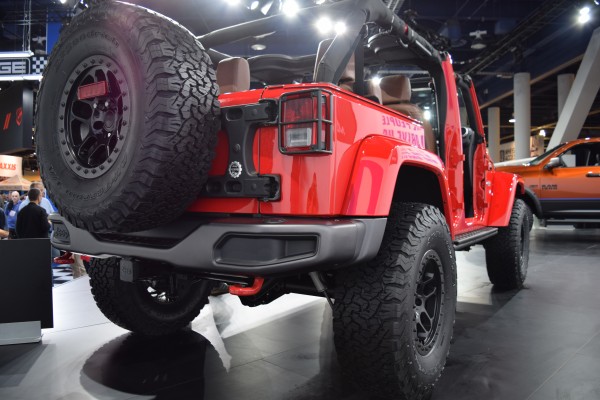 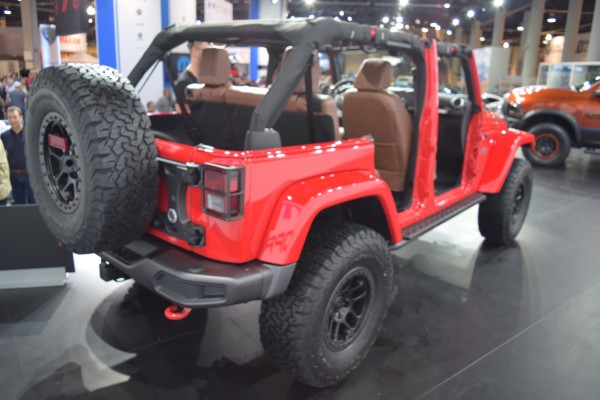