In 2014, Ken Block unveiled his all-wheel drive 1965 Mustang.  This year Block and his Hoonigan Team have revived Block’s 1978 Ford Escort MK2 RS rally car. Block purchased the car in 2008 and over the past several years gave it the Hoonigan treatment which includes flat black paint, a wide body kit, a 2.5L high revving four-cylinder engine, and a six-speed sequential shifting transmission.

At the 2015 SEMA Show in Las Vegas, the car will be on display, and the OnAllCylinders Team will be there to get some close up photos and a walk around video of the Gymkhana Escort. 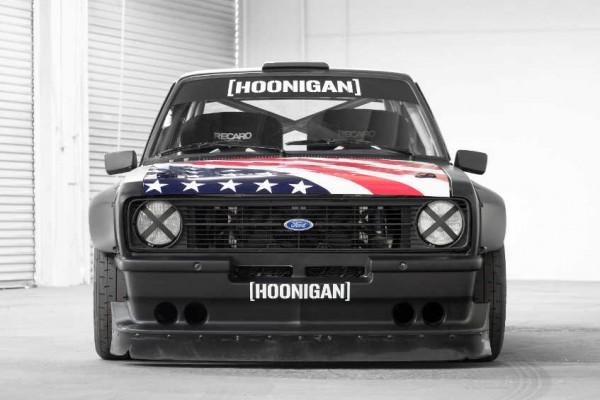 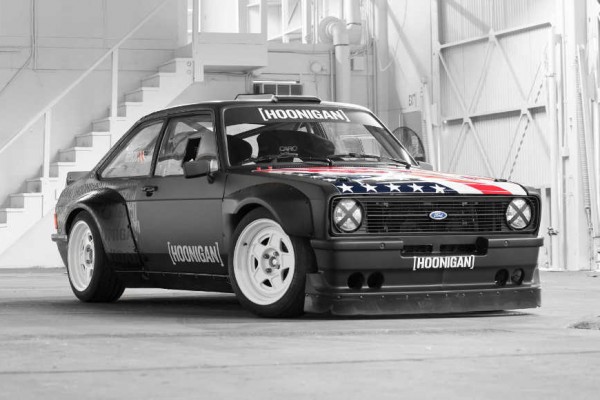 If you are not familiar with the Ford Escort MK2, that isn’t too surprising because the Escort MK2 was designed and built overseas from 1974 to 1981.  The easiest way familiarize yourself with the car is to watch Ken’s newest video below.