Jake isn’t very old (24), but he just started his own shop (Speedfreak Speed Shop) and can build cars that make the rest of us drool.

In the case of his ’67 Chevelle, he built it, wrecked it, and built it again.

“Bought it four years ago when I had just turned 19, wrecked once, and brought back from the dead with some big boxes from Summit,”  McDonald wrote. “Thanks for the great customer service over the years!”

The accident he referenced was nothing to ignore. McDonald had to put a whole new frame on the Chevelle.

“The accident…happened when I was driving at night in fog and resulted in needing a new frame and front end sheet metal. So at that point I took the opportunity to fully box the new frame and weld up the cradle for the 20-gallon fuel cell that’s kind of turned into a trademark for the car.”

But McDonald didn’t stop there. He paid particular attention to the engine.

“It’s a mild 454 breathing through Hooker headers, 3″ exhaust with x-pipe, and Magnaflow mufflers, backed by a 700r4 with a late-model Caprice 8.5″ 10-bolt out of a highway patrol interceptor.

“As far as brakes and suspension, it has 4-wheel power disc thanks to a front conversion and the late model rear end, 1 3/8″ front sway bar, 1″ rear from Hotchkis, and QA1 Stocker Star Shocks all the way around.”

If the hood looks different for a Chevelle, that’s because McDonald modeled it after a Corvette.

“The fiberglass Vette-style hood is from VFN, and you guys caught me in the middle of a project fabricating a custom grille from the perforated sheet metal it’s wearing in the pictures, and a 3-piece bezel set I’m working on molding in carbon fiber.”

“Other than finishing up the grille project, I’d like to put the car on a set of Hotchkis springs and uca’s [upper control arms], give the 454 an Edelbrock top end, and rebuild the 10-bolt with a Detroit truetrac and steeper gears. But for right now, it’s basically a Mad Max’d out work-in-progress that’s been dead reliable, handles surprisingly well, and is a hell of a fun time to drive the wheels off of on a daily basis.”

How does a 24-year old go about getting parts for a ’67 Chevelle?

“Building the Chevelle and the pro-touring Charger project on a working 24-year old’s budget, a lot of parts are sourced secondhand…but anything new I buy from Summit [Racing]. The prices are great and most importantly the customer service is the best I’ve ever dealt with. Everyone is always friendly and knowledgeable, and willing to help you any way they can.”

Thanks for sharing your project, Jake! 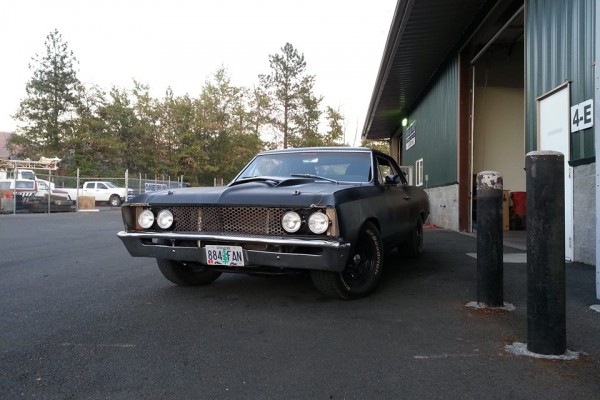 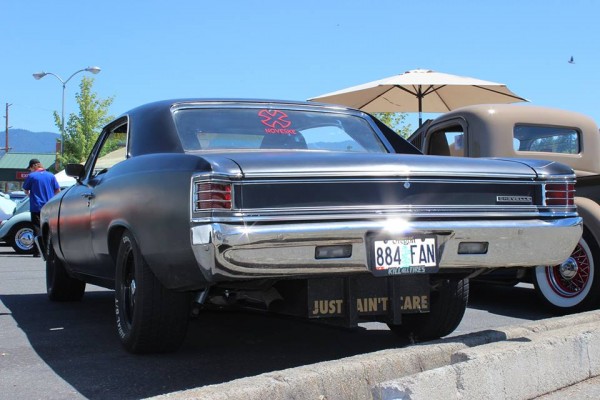