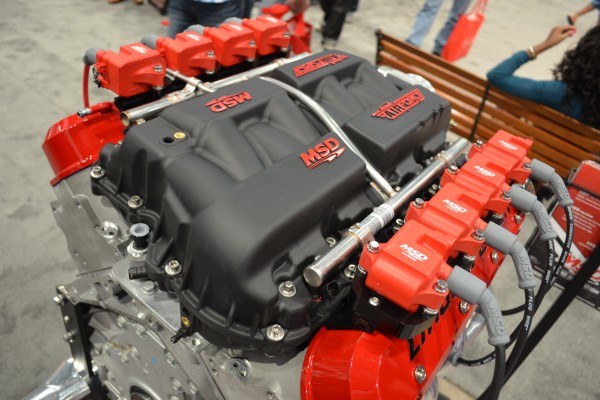 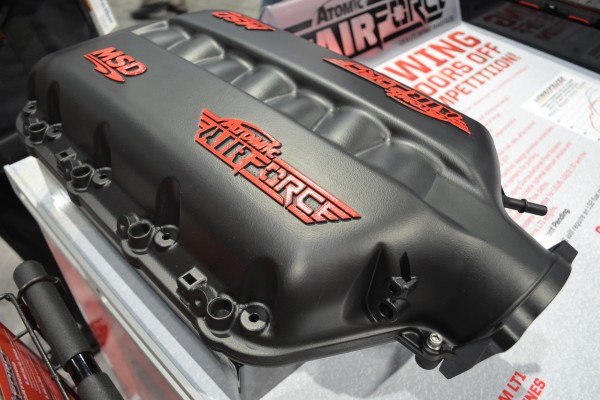 The intake manifold – the first ever sold by MSD – was unveiled this afternoon at a press conference at the SEMA Show.

MSD claims proven gains of more than 20 horsepower when bolted on a stock application. The Atomic Air Force showed even larger gains when dyno tested on the Lingenfelter LS7 Camaro L28 (36 horsepower at the rear wheels and 16 ft-lbs torque).

MSD President Russell Stephens said the company has worked hard to straighten the runners out.

Nitrous ports were added to the design, and “the two-piece intake design provides the ability to port and modify runners for specific applications,” according to MSD’s press release.

The throttle bore accepts the OEM throttle body as well as aftermarket designs up to 103mm.

Our Top 6 Automotive Trends from SEMA 2014