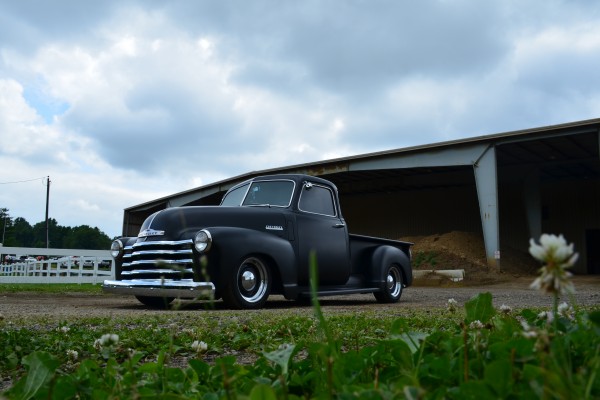 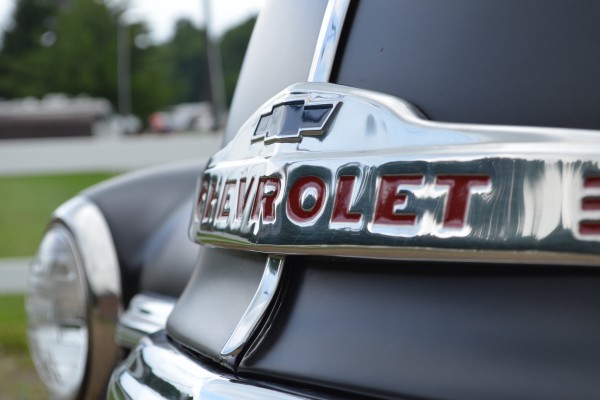 Sometimes it can take years of searching to find the perfect project vehicle.

And sometimes the perfect project finds you.

This 1949 Chevrolet 3100 pickup, for example, practically fell into Dave Plickert’s lap while working on an existing project. Plickert, a Chardon, OH resident, found the old farm truck just 10 miles or so from his house. It had been stored for about 30 years so there was no rust on the body and the truck had only about 50,000 miles on the odometer. It was the perfect starting point for the type of truck he’d been envisioning.

“I was in the middle of a build of my ’55 Chevy, and I was thinking about building a truck next,” Plickert said. “You know what happens—all of the sudden I find the truck. It was at the right price and everything, so I ended up buying it and putting the ’55 on hold to build this. When we rolled it home, we knew exactly what we were going to do with it.”

The goal was to turn the old pickup into a really nice driver. Plickert began with a frame-off restoration in which he boxed the original frame and added new crossmembers. He installed an independent front suspension with tubular control arms and coil-overs. Out back, he went with a four-link coil-over rear suspension and installed a rear-end from a 1988 Trans Am GTA. He also upgraded to rack-and-pinion steering and four-wheel disc brakes all the way around.

The 3100 is powered by a Chevrolet 355 small block, which he transplanted from one of his other street rods. The engine is bored .030 inches over and features a load of Summit Racing-brand parts, including the camshaft, pistons, and other internals. It’s topped off with a three-deuce induction setup and connected to a GM 700R4 transmission.

Plickert sprayed the body in Summit Racing Hot Rod Black paint and set it over a set of Wheel Vintiques 16-inch wheels to give it that old school hot rod feel. Inside, he reupholstered the carpet and door panels, upgraded the gauges in the original dash, and added Vintage Air air conditioning for those summer road trips.

“I’ve built enough cars that there weren’t any major hurdles other than it started to get cramped under the hood with everything I was putting into it,” Plickert said. “This is probably the most complicated build I’ve done. Most of my stuff is plain street rod—real basic hot rod. With the air conditioning and 700R tranny and all that, it was just a little more complex build.”

Judging by all the attention the truck was getting at the Super Summit car show earlier this summer, we’d say that little extra complexity and attention to detail hasn’t gone unnoticed.