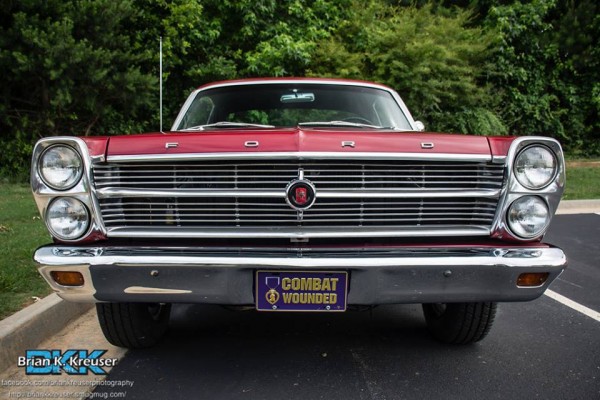 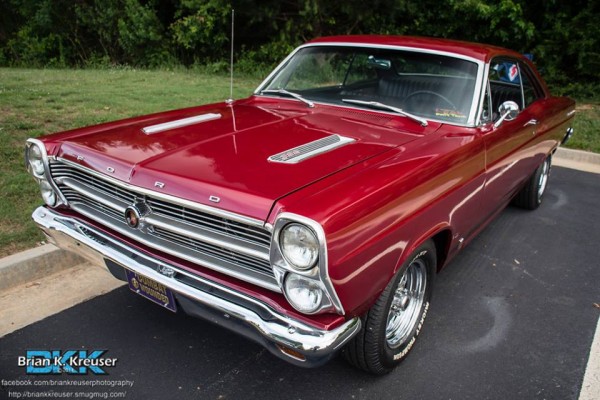 While the first generation Ford Mustang was taking America by storm, Ford execs were back at work redesigning the company’s true muscle car: the Ford Fairlane. In 1966, Ford brought to market the redesigned fifth generation Ford Fairlane, complete with XL, GT, and GTA option packages.

We spotted the GT version recently at Summit Racing’s Atlanta (McDonough), GA location. The Fairlane 500 GT came with a formidable 390FE engine, but select versions of the Fairlane 500s could be had with a 7.0L (427) engine. Distinguishable by a hood scoop that ended with the front of the hood, the select R-code Fairlane 500s were made for NHRA and IHRA Super Stock.

Only 57 of the special edition R-code versions were made, making this GT model a more attainable, yet very desirable option for performance enthusiasts. Check out pics of the 1966 Ford Fairlane 500 GT, taken by OnAllCylinders contributor Brain Kreuser, and tell us what you think.