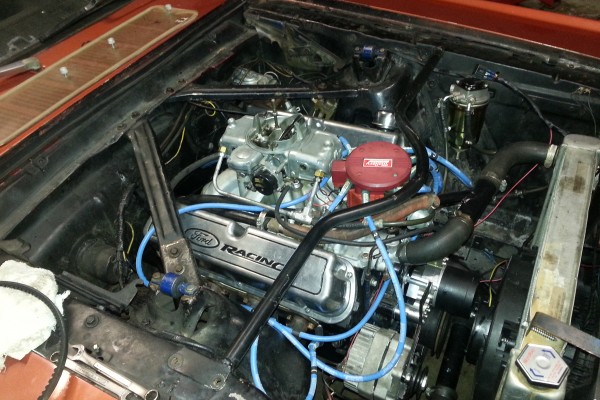 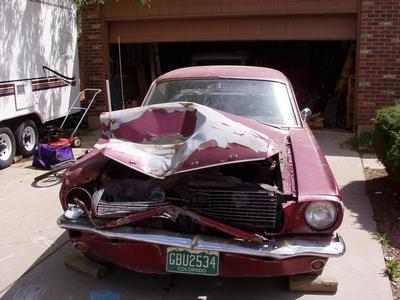 The Mustang was in the crush line at the local Aurora, CO junk yard. It had been totaled by a pickup, Hauck, now 23, said.

He and his father restored the Mustang to its original condition, including its six-cylinder engine. He drove it throughout high school.

After getting out of high school, Hauck decided his pony needed a little more kick.

“Everyone I knew at the time had the 289 or 302 in the early Mustangs, and I’m not one who is happy with a cookie-cutter car,” Hauck said.

A local Mustang builder told Hauck a 351 Windsor wouldn’t fit in the car. And Hauck doesn’t like to be told what he can and can’t do with a car.

Once the engine build is complete, Hauck—now a Tyler, TX resident—hopes to coax 400 horsepower from the powerplant.

Hauck said he used ARP head studs to fully stud the engine block, upgraded to an HEI-style ignition and used an electric water pump after running into issues with a reverse rotation water pump after removing the timing tab off the chain cover.

Removing the timing tab off the cover made timing the engine quite a large task, he said.