Tribute Car: How a Special Bond Between Mom and Son Inspired this Wicked 2001 Cobra 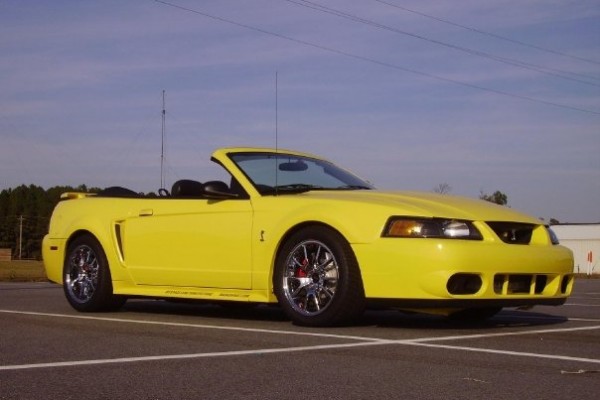 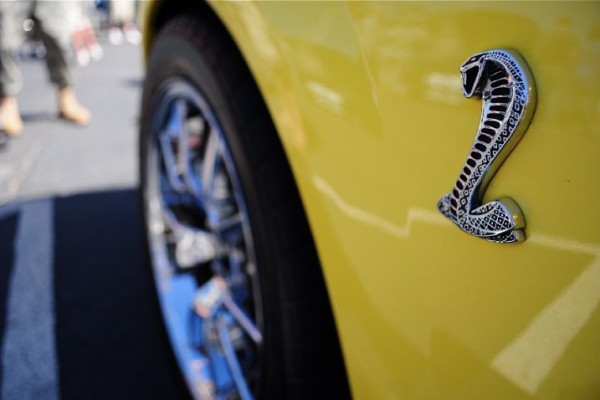 Jane Thewes and her son Matt always bonded over cars.

When Matt Thewes was growing up in Pittsburgh’s South Side neighborhood, the single mom would take her only son to car shows and stereo competitions. After Matt joined the military and wanted to purchase a car, she co-signed on a 1986 Mustang GT. And even when the two were separated by hundreds of miles, Jane was always interested in hearing updates on Matt’s latest projects and would help buy parts for his cars.

“We were partners in crime,” Matt Thewes said. “She was my mom and my dad, and she wanted me to experience as many different things as possible—whether it was baseball, football, or car shows. She took me to the World of Wheels show in Pittsburgh when I was younger and initially, I was just going to listen to the different stereo systems. That’s what I was into at the time. But it was a huge show and it really sparked my interest in cars.”

The two had even talked about building a car together in the future.

Unfortunately, they never got that chance.

Jane Thewes was diagnosed with cancer in February 2007 during a doctor visit for a work-related injury. By March, stage IV bile duct cancer had spread throughout her body. Jane passed away on April 1, 2007—just two months after the initial diagnosis—but her spirit lives on thanks to this 2001 Mustang Cobra, which Matt built as a tribute to his mom.

“I told my wife we have to do something to honor her,” Matt said.

By mid-April, Matt had purchased the 2001 Cobra and began an open-ended build that started with minor modifications and quickly grew into something much, much more. Building the car in distinct stages, Matt created this wicked 680-horse tribute to his mom with the help of Dave Moore of Macon-Moore Performance in Sumter, SC.

At the heart of this Cobra tribute car is an MMR modular 950 stroker 5.0L built on a balanced and blueprinted Cobra block. The engine features all forged internals, ported and polished Cobra cylinder heads with a five-angle valve job, and a Procharger supercharger with 60-pound injectors, three-core race intercooler, and twin Ford GT fuel pumps. A set of Kooks long-tube headers and MagnaFlow cat-back exhaust system help the stroker engine breathe freely.

To make maximum use of all that power, Thewes had the drivetrain and suspension upgraded extensively. Its T56 six-speed transmission was bolstered with a 26-spline input shaft and billet synchronizers, and the driveline was enhanced with a 2004 Cobra driveshaft. Earlier in the build, Macon-Moore had installed a Steeda Stop the Hop Pak, Steeda springs, polyurethane bushings, and Tokico D-spec struts. A set of Cobra brake calipers and pads were installed to provide the stopping power.

“My mom and I used to watch cartoons, and she always loved Tweety Bird,” Matt said. “She collected Tweety Bird stuff, so it made sense to go with the yellow paint for the tribute.”

Matt Thewes’ 2001 Cobra tribute car earned immediate attention, including a feature in Muscle Mustangs and Fast Fords magazine. As it turned out, the feature was just the beginning of a whole new chapter in this story.

“On the way back from shooting the magazine feature, I started to feel sick to my stomach,” Matt said. “Building the car was sort of a way for me to grieve, but I had spent $60,000 to build the car and didn’t really spend anything on my family.”

Jane Thewes legacy lives on—and not just through Matt’s new house. Matt has passed his love for cars on to his family by taking his wife and children to shows and races on the regular basis. And he’s currently building a 1973 Ford F-100 pickup with his 13-year-old daughter, Cassie.

“At some point, we’ll dedicate some part or aspect of that truck to my mom,” Matt said.

And what about the Cobra? It’s now owned by another one of Matt’s friends who lives in Colorado.

“It’s undergone a few transformations, but everyone still calls it the ‘Tribute Car,” Matt said.