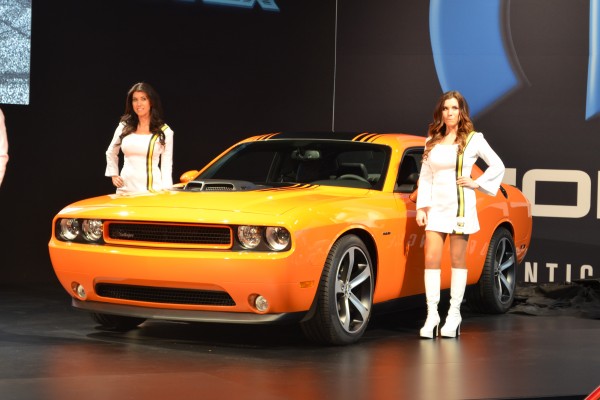 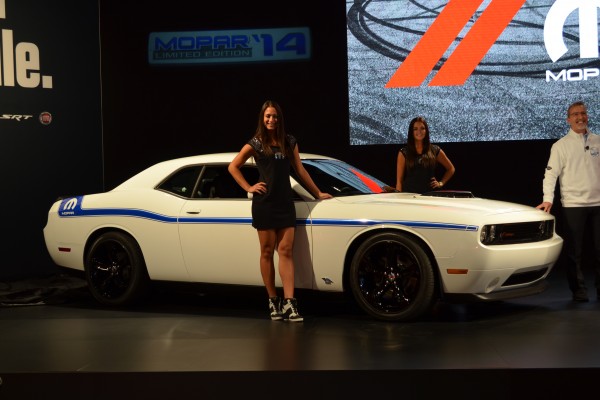 The 2014 Challenger R/T with fully functional Shaker hood is unveiled.

LAS VEGAS, NV. — One of the Dodge brand’s most coveted performance options is back!

The functional “Shaker” hood will once again be available on two different models: the 2014 Dodge Challenger R/T and the limited-production Mopar ’14 Challenger models.

“The legendary Shaker performance hood is back, with its engine-mounted, fully floating scoop and exposed high-flow element that produces cold-air induction—making the new 2014 Dodge Challenger R/T Shaker the real deal,” said Tim Kuniskis, President and CEO of Dodge Brand. “With Challenger having its best sales-year ever, the time is right to provide our most loyal fans with the return of the Shaker.”

The 2014 R/T Shaker model incorporates the legendary “cold-air grabbing” Shaker, and it not only looks good with its Satin Black center-mounted hood scoop, it also directs cooler air back into the HEMI V8 engine. And like the original 1970 Challenger R/T with the Shaker hood, the new 2014 model continues the Dodge tradition of an engine-mounted hood scoop that “shakes” with the powertrain’s movement.

The limited-edition Mopar ’14 takes the new 2014 Challenger R/T a step further. The Mopar brand’s rarest limited-production Challenger model announced to date (only 100 to be made), the new Mopar ’14 is engineered to take on any combination of the three all-new “Scat Packages” (see below) to crank up the performance a notch or three.

The Mopar ’14 Challenger features Bright White or Gloss Black exterior paint, and in keeping with tradition to its limited-edition predecessors, is highlighted by the “Shaker-style” stripe in “Mopar Blue.” For an even more customized look, two additional Mopar Blue stripe options are available, including an all-new “rocker panel” bodyside triple stripe runs with “MOPAR” across the doors. It’s also available with an all-new A-line bodyside stripe that wraps over the deck lid and includes the Mopar “Omega M” logo on the rear-quarter.

Mopar ’14 Challenger owners will be able to further customize their rare rides with an array of Mopar accessories available from their dealership: short-throw shifter, cat-back exhaust, performance suspension, and more.

Along with the Shaker hood, Mopar is also reviving the historic “Scat Packages” offered in the 1960s. From cold-air intakes and upgraded exhaust components (Stage 1), to a performance camshaft (Stage 2), to ported and polished heads (Stage 3), the three Scat Packages enable Challenger R/T Shaker—as well as other 5.7L HEMI V8 Dodge Challenger and Charger models—to get maximum performance options from the factory.

Owners of the 2.4L-powered Dart will also be able to enjoy the new-age Scat Packs. The Dart versions include short-throw shifter, cold air intake and performance brakes on Stage 1, enhanced engine calibration and cat-back exhaust on Stage 2, and big brake kit and suspension tuning on Stage 3 kits.