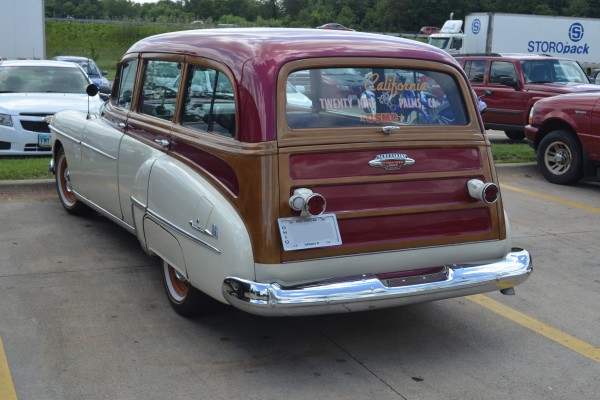 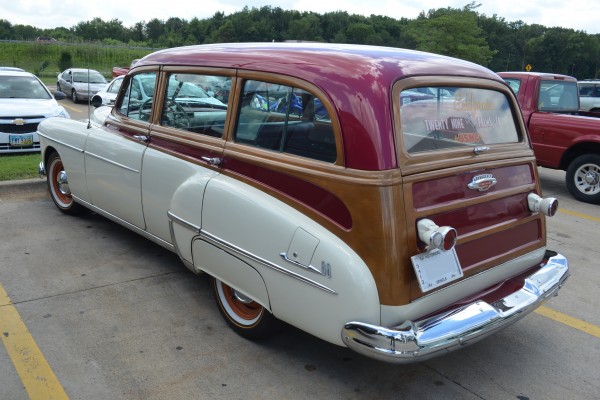 1949 is the year Oldsmobile launched its legendary Rocket 88, which featured its new Rocket V8 engine. The Rocket 88 line, which included this 1949 Oldsmobile 88 wagon, helped transform Oldsmobile from a primarily conservative brand to a force on the NASCAR circuit. It also inspired rock ‘n roll songs and served as inspiration for Oldsmobile’s rocket logo.

A first-year model in the first-generation 88 series, this 1949 Olds 88 wagon is distinguishable by its two-piece windshield—a feature that went away the following year. When we saw it sitting outside Summit Racing headquarters, we were inspired to “Make a Date with the Rocket 88” and snap a few pix.