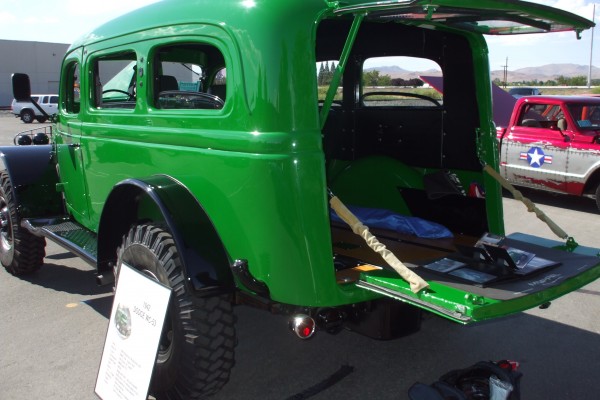 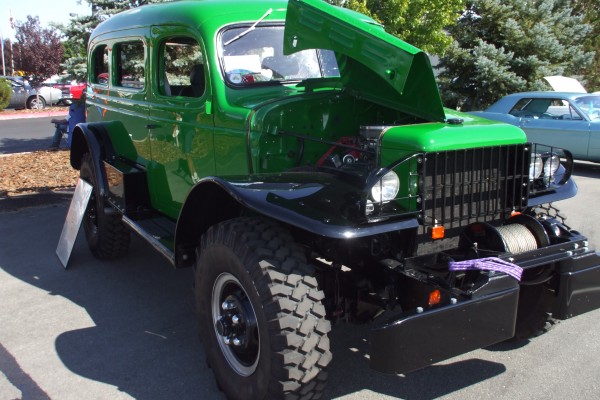 Sparks, NV. — Keith Klosterman’s 1942 Dodge WC-53 “Green Machine” had seen better days when the Woodinville, WA resident found it in 2009. It had been sitting for eight years in an idle state of disrepair. But then again, the WC-53 had seen a lot worse in its day.

The Dodge WC-53 model was made between 1941 and early 1943 and originally served as an officer’s vehicle in World War II. In 1942, the carryall was upgraded from 1/2-ton to 3/4-ton, and this particular 3/4-ton WC-53 was among the last to be manufactured. Although it is unknown exactly where the carryall served during the war, Klosterman was determined to get the WC-53 back to fighting condition—or at least good running condition.

“This is the first truck I’ve put together,” Klosterman said. “I had tutors though. My friends would come over and look at the body and say ‘nope, it’s not right.’ And we’d take it back apart and get it right.”

Bodywork and fabrication proved to be the toughest part of the restoration job, Klosterman said.

“I stripped it all apart, had it blasted, and welded all the cracks,” he said. The body wasn’t in too bad of shape as far as rust, but the body had all kinds of stress fractures.”

Klosterman had to fabricate a lot of replacement pieces for the WC-53 as well.

“Nothing was replaceable,” Klosterman said. “Everything had to be hand rebuilt.”

Under the hood, the WC-53 features a 1965 Chevrolet 327—the same one that came in the rig when he bought it. Klosterman had the engine bored .020″ over and balanced. The engine came to Klosterman equipped with fuelie heads from a 1965 Corvette. He topped off the engine with an Edelbrock carburetor and intake manifold and “a lot of parts from Summit Racing.” The vehicle is sprayed in PPG Sign Green paint.

Check out the slide show above for detailed pics.