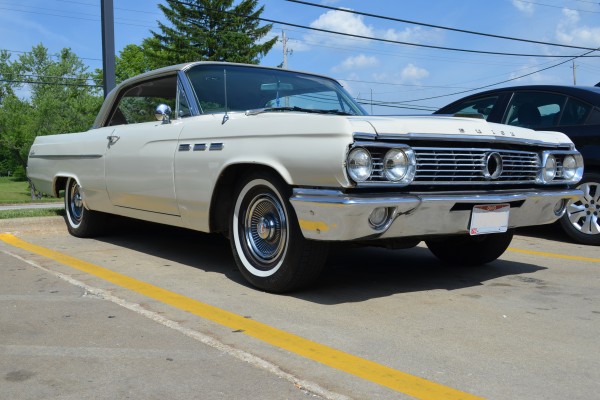 In the early 1960s, Buick’s ad campaign asked the question: “Wouldn’t You Rather Have a Buick?”

In the case of the LeSabre, Buick’s entry-level full-size car, America said yes. The long-running LeSabre was introduced in the late 1950s and lived through 2005, when it was discontinued. From its original, space age-inspired design in the late 1950s, to its “Coke-bottle” profile in the mid and late 60s, to a smaller and more fuel-efficient size in later years, the Buick LeSabre continually evolve to reflect America’s tastes in cars.

We spotted this 1963 Buick LeSabre recently in Akron, OH. Like similar cars of its era, the 401-powered 1963 LeSabre has a more simplified, refined design compared to the large-fin, big-chrome designs of the late 1950s. What is your favorite era in American automobiles?