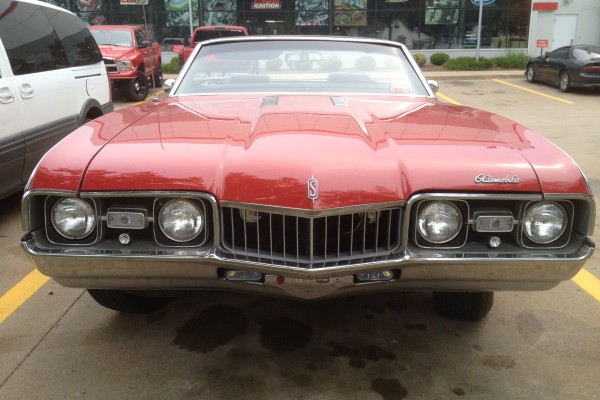 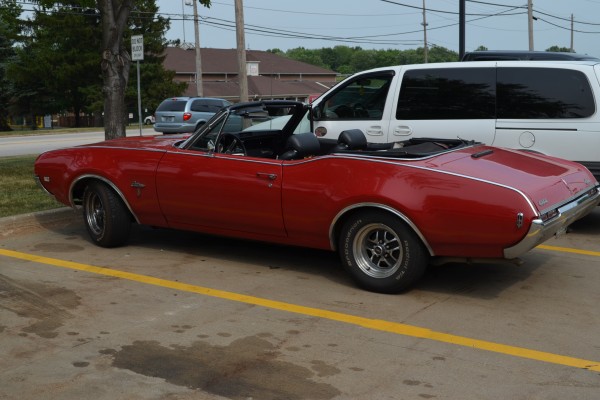 Spring has finally sprung (about six weeks late in our neck of the woods).

We know this not because there are tulips popping up everywhere—or because some overhyped rodent saw his shadow. We’re car guys, and we know it’s officially spring by the increasing number of roadsters, T-buckets, motorcycles, and convertibles on the roads. And because we’re some sort of geniuses or something.

Mom always told us it’s best to feed a fever, so we’re feeding everyone’s spring fever with this 1968 Oldsmobile Cutlass convertible. We spotted it recently near the palatial OnAllCylinders world headquarters. We’re big fans of most Cutlasses, but we really like the distinctiveness of the ’68. The first year of the third-generation Cutlass, the 1968 model year ushered in a whole new body style and is the only year of that generation to feature the split grille design.

Take a closer look at this ’68 Cutlass convertible and see what you think.\