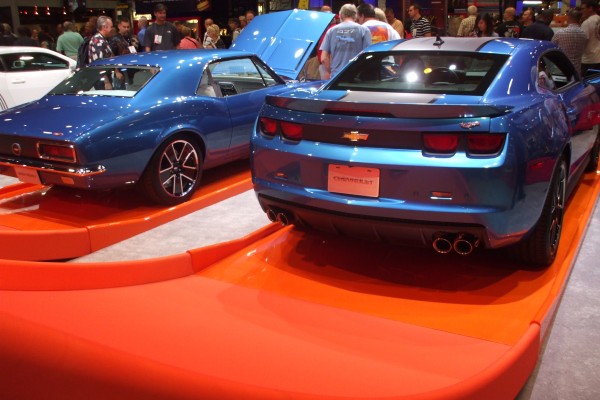 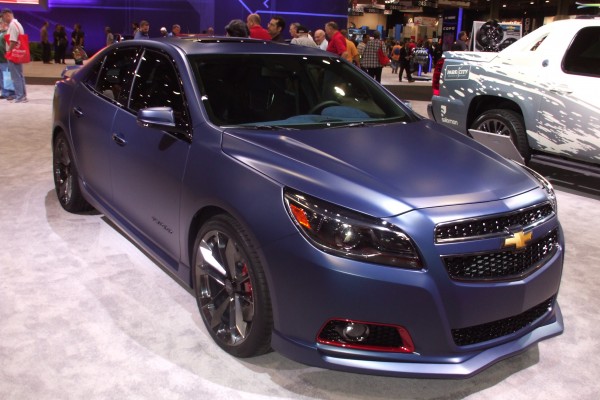 This Malibu concept features turbocharged 2.0L that puts out 259 horsepower.

Guy Fieri talks the crowd at SEMA through his personalized 427 Corvette convertible.

Although General Motors was heavily focused on economical vehicles at this year’s SEMA show–including a seemingly endless lineup of Cruze, Sonic, and Spark concept cars — the company also made news that should make high performance die-hards happy, too. Among the highlights:

Check out the slide show above for pics!