Anytime there is only six of something, we can’t help but take notice.

Especially when that something is Buffalo wings, or adult beverages, or in this case—a super-rare 1946 Ford Coupe Utility of Australian descent that we spotted at Summit Racing’s TruckFest last month.

It is one of only six registered in the United States.

Frank Beard, president of Twinsburg, OH-based Motorsports Factory LLC, bought the Australian-made Ute from a hot rodder in Canada who had acquired the vehicle while stationed in Australia as a member of the Canadian military.

The Canadian owner performed the following modifications to this ’46 Ford:

Eventually, the Canadian owner got married, bought a home, and had a child. So he put the Ute up for sale.

Beard was vacationing in Canada when he spotted the truck across the street from the restaurant in which he was having dinner.

“I bought the car in the summer of 2001, just before the 9/11 events,” Beard said. “The disaster in New York City that unfolded tightened up border security—creating havoc and severe restrictions on exporting.”

When the Ute finally made its way to Ohio, it came with a load of brand-new Ferraris, he said.

“Pretty good company for the 50-plus-year-old classic,” he said.

Once the Ute was in Beard’s possession, it was time to put his own touches on the truck.

Beard is responsible for the following modifications:

These Ford Utes laid the foundation for companies like Ford and Chevy to introduce the Ranchero and El Camino—utility coupes that are still very popular with a contingent of hot rodders today.

The 1946 model year represents the first year of production following World War II. The Ute was designed to serve as a legitimate work vehicle during the week, but still offer the style families were looking for on their Sunday excursions.

There is something to be said for scarcity. Our aforementioned affinity for things in short supply makes it impossible to not love this rare Australian classic. Plus, we have a soft spot for all things Aussie not named Vegimite.

See more of this beauty below: 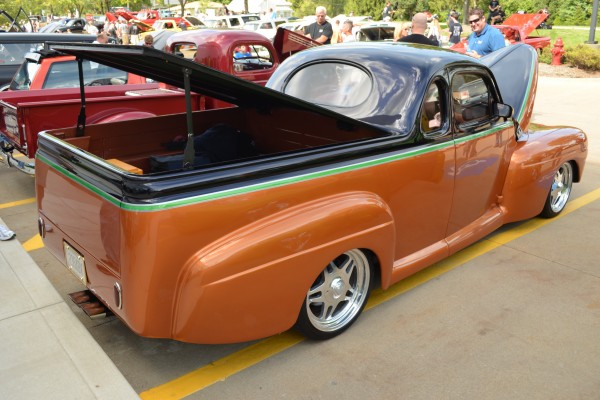 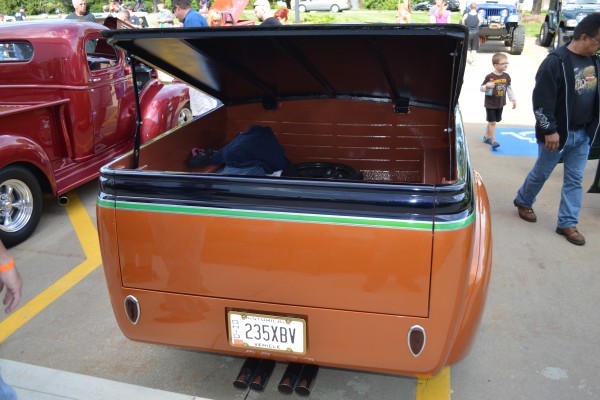