Hot Rods & Honeymoons: Swedish Newlyweds Get Their Kicks on Route 66 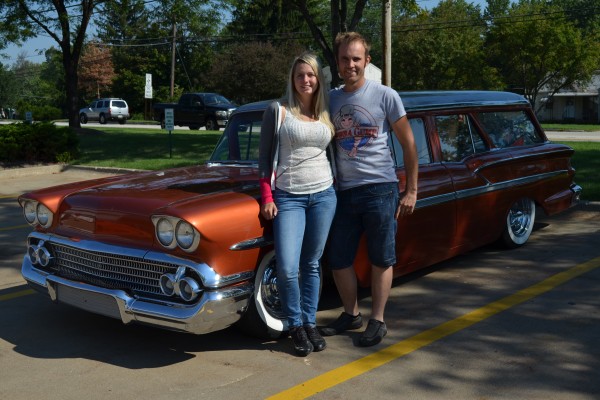 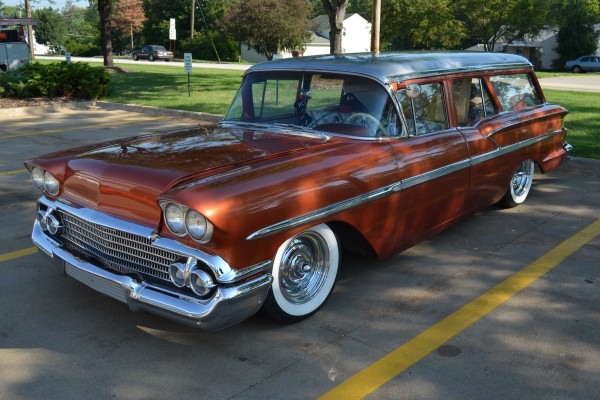 For many couples, traveling cross-country in an old station wagon with no A/C is a near sure-fire way to end a marriage (ask Clark W. Griswold). But Pontus and Johanna Nolblad of Lysekil, Sweden couldn’t think of a better way to start theirs.

As die-hard fans of American hot rods and muscle cars, the recent newlyweds passed on traditional honeymoon destinations for a chance to visit the United States and travel Route 66 in some vintage American iron.

“We talked about going to New Zealand and Asia, but we both like American cars so we decided we’d like to try Route 66,” Pontus said. “The plan was to visit a cousin in Los Angeles, buy a car, and then drive Route 66.”

Pontus and Johanna are no strangers to American hot rods—Johanna restored a 1965 Mustang and Pontus spent time wrenching on a 1971 Camaro—so they took about a week in Los Angeles to secure just the right vehicle for the trip. While searching on Craigslist, they found a 1958 Chevy Nomad—the perfect throwback vehicle for a Route 66 road trip with plenty of room for “souvenirs.”

After getting possession of the Nomad, they loaded up on essentials, including an extra battery, hoses and cooling system components, and other maintenance items. They then headed east on Route 66 and ultimately on toward their final destination: New York City. The journey included a three-day stop in Las Vegas and other points of interest: a junkyard outside of Los Angeles, Bob’s Impala Shop in Phoenix, RideTech in Jasper, IN, and Summit Racing in Ohio.

The trip gave the honeymooners plenty of time to talk about their future together—a future that includes more renovations to Johanna’s Mustang, a diesel-powered 1986 Chevy van that Pontus just purchased, and the couple’s trusty 283-powered ’58 Nomad. Although the Nomad will remain mostly as-is, Pontus plans to add a RideTech suspension system, which he picked up along the way, and possibly some valve covers for the old 283 powerplant.

“I renovated my Mustang with a lot of engine and transmission parts from Summit, so we wanted to stop by the store,” Johanna said.

They spent nearly a day-and-a-half shopping at Summit Racing, cramming the back of the Nomad with parts and accessories for their various projects. They will have the wagon and all its contents shipped from New York City to their home in Sweden at the end of August.

“There are high taxes in Sweden, so it’s better to buy the parts here and have them shipped,” Pontus said. “It’s great they have so many parts in stock now, because we don’t have time to wait.”

When we left Pontus and Johanna, they were filling the station wagon with new parts, mingling with fellow car enthusiasts, and happily wrenching on the Nomad in the Summit Racing parking lot. Next up: a Mustang parts dealer in Pennsylvania and then a few days in New York City before heading home.

You can’t put a price—or mammoth Swedish tax—on the memories Johanna and Pontus made on their hot rod honeymoon.

When asked what he’ll remember the most about his honeymoon, Pontus quickly responded: “The heat in Phoenix!”

9 responses to “Hot Rods & Honeymoons: Swedish Newlyweds Get Their Kicks on Route 66”