The following is a list of things this Jeep can’t do:

Nearly 30,000 people descended upon Butler, PA—a town with only about 14,000 residents—this past weekend for what is now an annual gathering of Jeep enthusiasts at the Bantam Jeep Heritage Festival.

Butler is the birthplace of the modern Jeep. The Butler-based and now defunct American Bantam Car Company produced the first Jeep prototypes for the U.S. military prior to World War II, though the large military contracts were given to Willys-Overland Motors and the Ford Motor Company.

Between gatherings downtown and at the Big Butler Fairgrounds, about 1,200 Jeeps were on display—historically significant military vehicles, classic Jeepsters, an entire brigade of Wranglers of all shapes and sizes, and even some Cherokee and Liberty models. A muddy Jeep is a happy Jeep.

We’re proud of the Jeep badge at OnAllCylinders. And we’re pleased to celebrate all the street-, mud-, rock-, and mountain-conquering glory that this Jeep festival had to offer.

After viewing this gallery, you may feel an inexplicable urge to go drive over something. That’s totally normal. 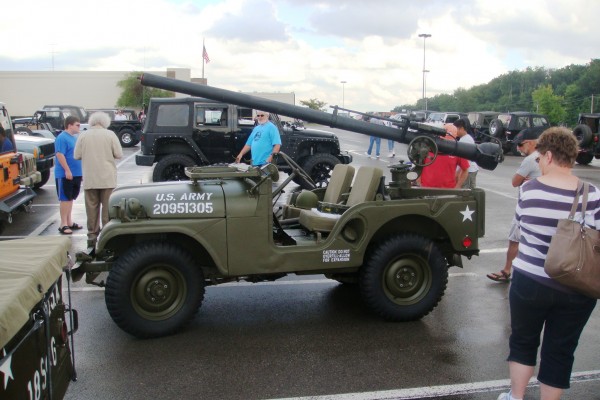 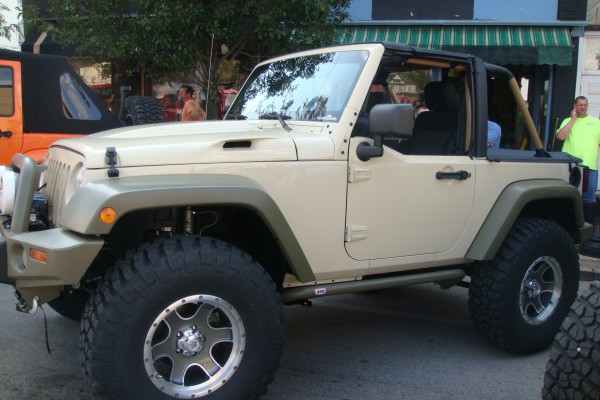 This is just one of three '84 Jeep Overlander models known to exist in the United States. Only 200 were ever made.