The Universe wanted Martin Petersons to have this car. That much is clear.

In 2006, Petersons visited Norwalk, OH all the way from his home in Oshawa, Ontario, just east of Toronto (and home of the assembly plant building the fifth-generation Chevy Camaro). In Norwalk, he noticed, and snapped photos of, an eye-grabbing 1965 Dodge Coronet.

Just three weeks ago, he bought that exact car on eBay.

Fresh off a cross-country Hot Rod Power Tour excursion with five of his friends in three separate cars, Petersons reached into the backseat of his Coronet parked in front of the Summit Racing Equipment retail store in Tallmadge, OH, and pulled out a binder. He flipped through a few pages and showed us a photo.

And there it was. The same Coronet. Six years earlier.

“I was surprised to see it on eBay,” Petersons said.

And it gets better.

While the six Canadians were trekking through the States on the Power Tour, they found themselves in Arlington, TX on the tour’s final stop. That’s when a stranger walked up looking for a spare wire or coat hanger he could use to get into his car in which he’d locked his keys.

The Coronet stopped him dead in his tracks.

“Where’d you get this car?” he asked.

A couple minutes later, it was settled: This stranger had owned this exact Coronet in the 1980s.

“He had sold it to someone in the ‘80s,” Petersons said. “It still had a Slant-6 in it then. It was quite the surprise.”

The Coronet is now powered by a MOPAR big-block wedge engine.

Petersons’ friend Lonnie Leigh—affectionately referred to as Santa Claus by his buddies—shook his head and shrugged: “Small world.”

Of the three cars on the Power Tour, the Coronet was the one causing the most trouble. She was running hot and the crew had to install a new cooling fan in Champaign, IL.

“We had to work out some of the bugs,” Petersons said.

Some of the guys had been on the Power Tour before. For others, it was their first time. It was the same with their visit to the Summit Racing retail store. A few had been there before. Others hadn’t.

The cars definitely turned some heads on the visit. Several passersby stopped to ask the owners questions.

The 1970 Plymouth Barracuda is owned by Ralph Sonley. As long road trips go, this was the ‘Cuda’s maiden voyage with Sonley.

Leigh owns the 1973 Buick Apollo, which he called a work in progress. It’s almost entirely original, though some rehabbing is in the works.

“It’s what we up there call ‘barn fresh,’” he said. Meaning: He almost literally pulled it out of a barn and took it on the Power Tour after adding a bigger pair of rear tires to “give it a little attitude,” as well as some new wiring and a new air filter.

The odometer flipped to 40,000 miles a couple days prior, Leigh said, as he was getting ready to drive the final five-hour stretch back to greater Toronto.

There was a lot to like about this good-natured crew from north of the border besides their excellent cars.

While we’ll remember Petersons, Leigh, and Sonley for their rides, we’re going to remember Mickey Coyle for his M-I-C-K-E-Y, C-O-Y-L-E jingle; Eric Miller for embracing that he is totally actor Bruce Dern’s doppelganger, and Rick Dlugosz for going to great lengths to prove it.

Loved the chance encounter, gentlemen. Drive safe up there.

You can see more of their cars below: 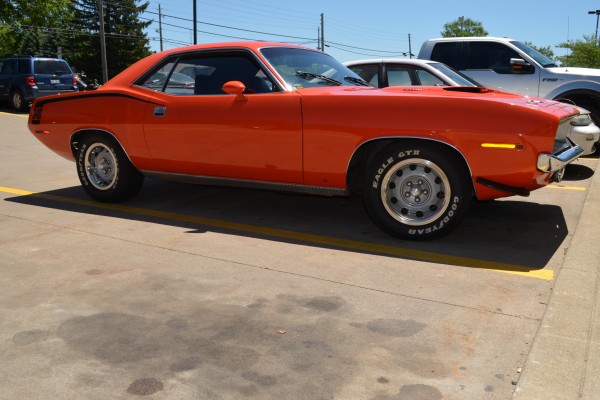 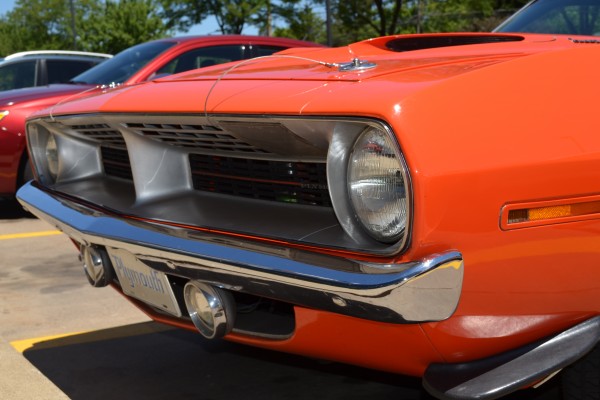