In this episode of Project LS Next, we find out what Mike Mavrigian’s 440 cubic-inch LS engine made on the dyno—after he installed the induction system, ignition, and a pair of valve covers. Don’t cheat and scroll to the end of the story—that’s not cricket. 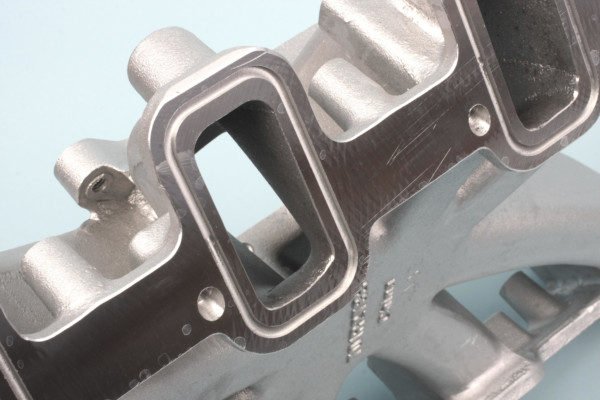 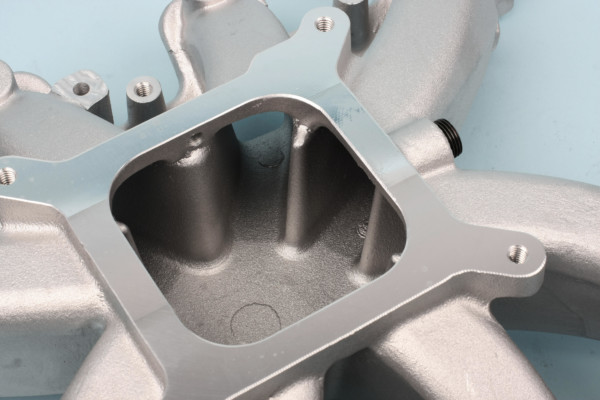 The Holley intake manifold features CNC machined O-ring grooves at each port. This eliminates the need to use a full-length OE style gasket. The manifold and Trick Flow GenX cylinder heads had near-perfect port alignment and required no port matching.

Holley offers its cast aluminum LS valve covers in bare natural, polished, or black ceramic coated finishes. I opted for the natural finish so I could have them powdercoated in a dark charcoal wrinkle finish to match the oil pan.

Coils can be mounted on the Holley valve covers without using ugly coil brackets. Our MSD coils (MSD- 8287) have the required 72mm bolt spacing to fit properly.

MSD’s 6LS2 ignition controller kit is supplied with plug-in “chips,” each with its own ignition curve. You can also make custom timing curves on your computer using the supplied software.

Scott Gressman at Gressman Powersports (Fremont, OH) making a slight adjustment in carburetor jetting. With #88 jets on the primary and secondary sides, we made the final power pull. The LS Next 440 made 665.2 horsepower at 6,000 RPM. Peak torque was 627.3 ft.-lbs. at 4,900 RPM.

We opted to go with a carbureted setup using a Holley single plane intake manifold and an 850 cfm Ultra HP double pumper carburetor. The intake is designed for LS3/L92 applications with an optimum operating range of 2,500 to 7,000 rpm.

During test fitting, we checked the port match between the Trick Flow GenX 255® cylinder heads and the Holley manifold. The port alignment was so good we saw no need to remove any material from either the manifold or head ports. It was as though Holley and Trick Flow consulted with each other when designing these parts.

The manifold has grooves around each intake port for O-ring seals. Holley has an O-ring kit under part number HLY-508-22. A light coat of lithium grease or Vaseline helps keep the seals in place during installation.

We chose Holley’s new cast aluminum valve covers that feature bosses to mount a set of coils without the need for ugly coil brackets. The appropriate MSD coils are MSD-82878. The earlier LS1/LS6 style coils have shorter spacing and won’t fit.

Since this build uses a carburetor, the only electronic control system needed is for ignition timing. We used an MSD 6LS-2 controller that connects to the coil harness, water temperature sensor, cam sensor, and crank sensor. The controller features a choice of six pre-programmed ignition curves, or you can create custom ignition curves on your computer using the included software.

We dynoed the engine at Gressman Powersports in Fremont, OH. Scott Gressman plotted a custom ignition curve using the sofware supplied with the MSD ignition box. Timing at idle was set at 15 degrees, which ramped up to 27 degrees by 2,500 rpm.

The Holley Ultra HP carburetor came with #80 jets in the primary and secondary metering blocks. As we approached peak power levels, the Superflow dyno’s air/fuel monitor indicated a slightly lean condition. Gressman swapped out the jets for #90s, which improved the power and torque numbers but put the A/F ratio on the rich side. We settled on #88 jets for the final power pulls.

The engine made a best of 665.2 horsepower at 6,000 rpm and 627.3 ft.-lbs. of torque at 4,900 rpm. Throttle response was extremely snappy. Given more dyno time, we could have made some incremental power increases by messing with the carburetor and ignition timing. All in all, our LS Next will make a nice stump puller in a mid-size muscle car or an F-body.