You can get a great clutch for street driving, but it won’t support the power you’ll use when racing.

You can get a race clutch, but it won’t work well for street performance.

The folks at Hays recognized this dilemma and set forth to resolve it with a single clutch that can crossover into both street and race worlds. Their answer: The Hays Dragon Claw 1150.

Hays officially introduced the Dragon Claw at the 2016 SEMA Show. The Hays Dragon Claw is a lever-assisted dual-disc clutch that “can withstand the high torque produced by forced induction engines generating up to 1150 lb.-ft. of torque, while virtually eliminating the stiff pedal feel typically associated with race clutches,” according to Holley’s website.

“So I have a car that I raced some, auto-crossed, and wanted to drive on the street,” McCombs said. “I was switching back and forth between a diaphragm and pro stock clutch. I wanted a clutch that can drive on the street and was still raceable.”

McCombs tested an early prototype of the Dragon Claw in his 1,100-horsepower supercharged 1966 Mustang. “[It’s] still in my car,” he said – an astonishing feat considering McCombs said he was burning through three clutches each summer.

“Turbos and superchargers are getting so cheap,” McCombs said. “Now everyone can get 500 horsepower, and most clutches can’t support that. The world is changing because that power is becoming so much more easily accessible and cheap.

“This is the clutch that solves that problem, and the problem is just going to get worse and worse and worse. It’s a streetable race clutch, or raceable street clutch, whatever you want to call it.”

According to parent company Holley’s website, “Dragon Claw Clutches utilize a diaphragm style pressure plate in combination with the patented lever assist technology. The diaphragm design gives you a near stock clutch pedal feel for street use but with the holding power of a race clutch. With the unique lever assist design, as engine RPM increases, Centrifugal force swings the levers outward multiplying the holding pressure applied to the clutch plates. This results in a clamping force that holds under extreme conditions where many of the competitor’s clutches fail.”

On top of that, the Dragon Claw is light. Clutch assemblies weigh as little as 35 pounds because they’re made of high quality aluminum components. The kits come complete with flywheels that are machined from 6061 T6 aluminum. The pressure plate cover is made of 7075 T6 aluminum, and the Dragon Claw uses spring hub centers. The Dragon Claw’s springs are cryogenically treated, a patented process that Holley says “increases durability and reduces failures due to fatigue.”

Even better, the Dragon Claw does not require a break-in period because it uses a specially formulated ceramic friction material.

The Hays Dragon Claw is 100% American made, and is shipping now. See more pictures of the Dragon Claw below: 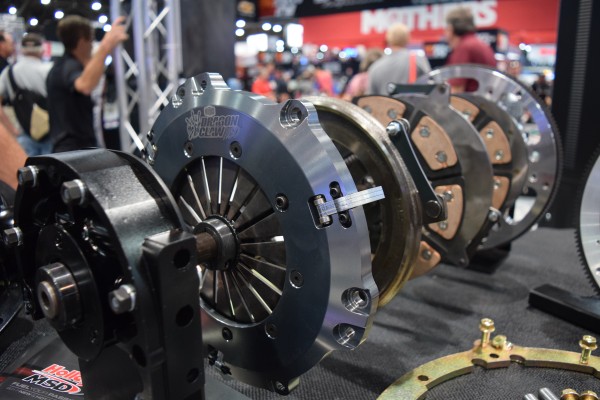 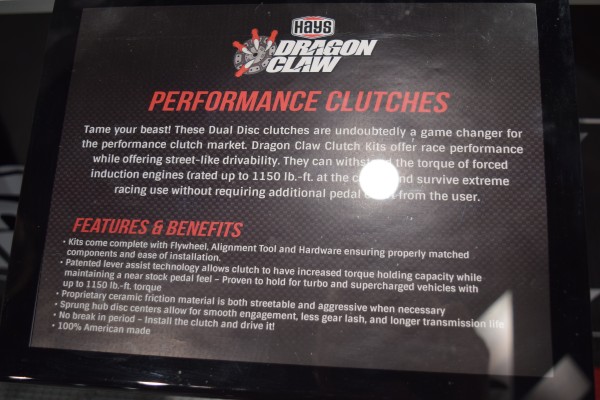