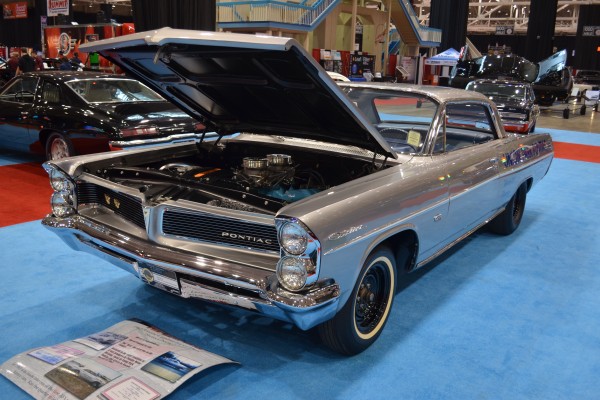 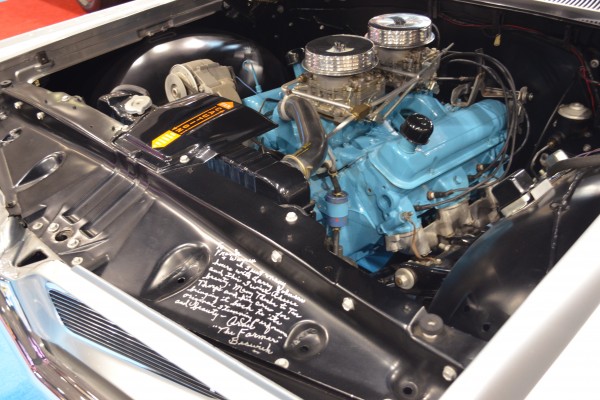 People do crazy things in the name of performance.

For example, in an effort to remain on top of the Super Stock class in the 1960s, Pontiac drilled approximately 120 holes into the frame rails (see image below) of a select few of its Catalinas for 1963. The idea was to reduce as much weight as possible for added speed while maintaining the vehicle’s structural integrity.

The legend of the “Swiss Cheese” Catalina was born. Of course, the frame rail holes were only part of the Catalina’s special diet. This special Catalina was also stripped of its sound deadener and insulation and given aluminum body panels wherever possible. Engineers also cut away material from car’s box frame, giving it a U-shape frame. However, the drilled-out frame rails were the most distinctive part of the car, earning it its “Swiss Cheese” moniker.

Only 14 1963 Pontiac “Swiss Cheese” Catalinas were made. Just nine are still known to exist. And we had the chance to see one up close and personal at the Summit Racing Cleveland I-X Piston Powered AutoRama.

Because “Swiss Cheese’ Catalinas were so rare, they were reserved for only established racers—guys like Mickey Thompson and Arnie “The Farmer” Beswick. The one you see here was driven by Harold Ramsey, a salesman for East Coast dealership Union Park Pontiac. Like many dealerships of the day, Union Park lived by the mantra, “win on Sunday, sell on Monday.”

Restored by Tim Thorpe at Thorpe’s Body and Corvette Shop in Illinois, this 1963 Catalina “Swiss Cheese” features the dual-quad 421 Super Duty V8, which put out an underrated (like many engines of the time) 410 horsepower. In its day, the engine propelled the lightweight Pontiac—it weighed about 400 pounds less than the stock Catalina—to low-12s in the quarter-mile.

At the 2010 Pontiac-Oakland Club International Nationals, this restored Union Park Pontiac Catalina received a perfect score in Conours d’Elegance judging. Get a closer look at this rare legend above.

2 responses to “Real Cheese: A Closer Look at a Rare 1963 “Swiss Cheese” Catalina”