Line, Anderson “All In” with New Pro Stock Camaros 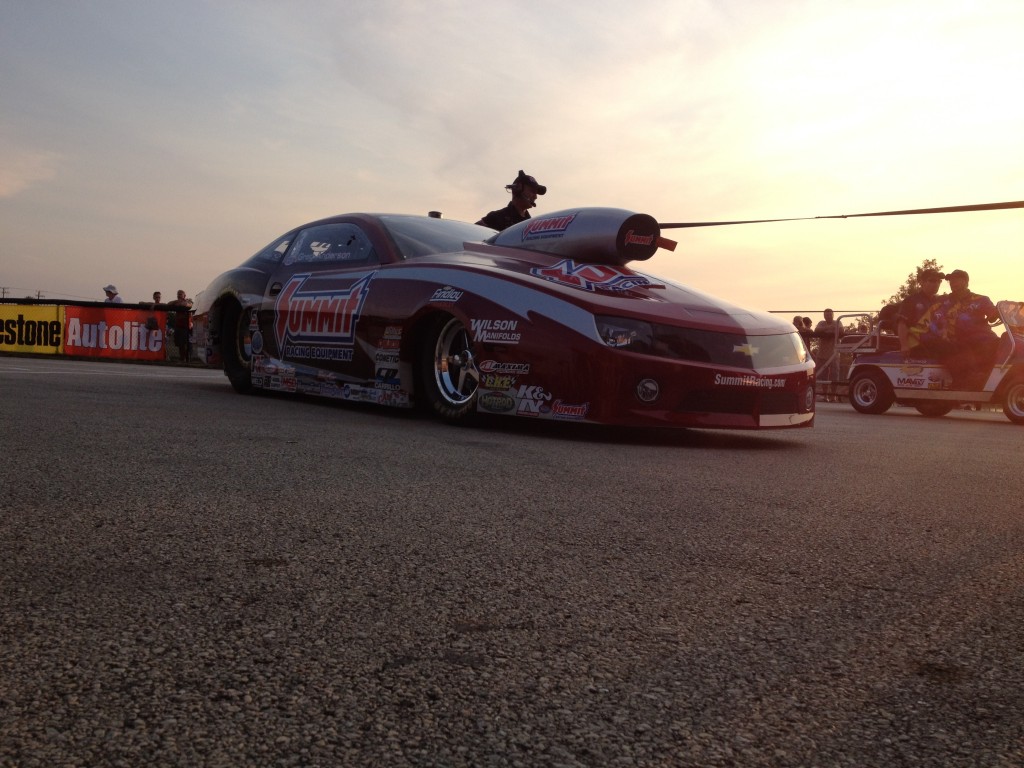 Had the new Chevrolet Camaro Pro Stock race cars been available at the start of the 2012 NHRA Full Throttle Series racing season, the Team Summit drivers would have debuted them immediately.

You didn’t have to be a drag racing expert to see how dominant Anderson and Line were to start the season.

Anderson won the season’s first race. Line won the second. And they never looked back, staying atop the points standings throughout the 2012 season thus far.

They looked something very close to unbeatable.

And then they switched cars. Just a month ago in Englishtown, NJ, chasing his fifth championship and leading the points, Anderson debuted his new Camaro. Defying the odds, Anderson drove his new ride to a victory—KB Racing’s historic 100th win—in its maiden voyage.

“It was time to move on,” Line said. “No matter what, we were going to switch cars this season.”

Leaned over Line’s Camaro in the pits, Anderson stopped the work he was doing following the fourth qualifying session at Route 66 Raceway Saturday night.

He wasn’t annoyed with the question—he understands the “Why now?”—but there was no mistaking the look of a confident champion when he explained why sustained success in the Chevys is imminent.

“Getting the Camaro back in Pro Stock was very important to us,” Anderson said. “We weren’t scared at all, perhaps foolishly. But we’re not.”

Anderson knows there is still much progress to be made as the team continues to experience different tracks in different conditions. But every pass in varying temperatures, in varying altitudes, in varying humidity gives Anderson, Line and the rest of the KB Racing team another nugget of information they can use to fine tune their naturally aspirated engines.

The drivers feel strongly that by the Countdown to One, the Camaros will be every bit as lethal as their hard-to-beat Pontiacs were at the start of the season.

“We need GM involved,” Anderson said. “We need to increase the popularity of Pro Stock and make it more exciting. People want us to change with the times. Having a muscle car back in Pro Stock makes too much sense.”

There were a lot of positives to take away from the race weekend in Joliet. While Line suffered a first-round elimination, his #2 qualifying position proves the car is close.

And despite working hard just to qualify eighth, Anderson raced his way to the finals where he fell 14 hundreths of a second shy of another victory.

Walking into Line’s trailer, it’s hard to miss the No Whining sign. It serves as a reminder for what these guys are all about in their relentless pursuit for victory.

“We’ll make them better—whatever it takes,” Line said after inspecting some spark plugs from Anderson’s motor. “We’re not smarter than anyone else, so we have to work harder to get to the top.”

Check out some photos from our day at Route 66 Raceway with Line and Anderson: 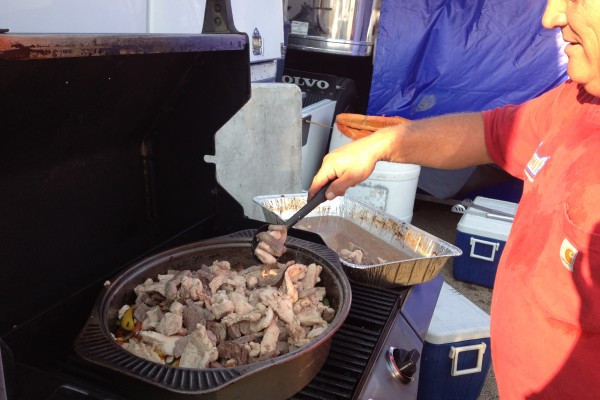 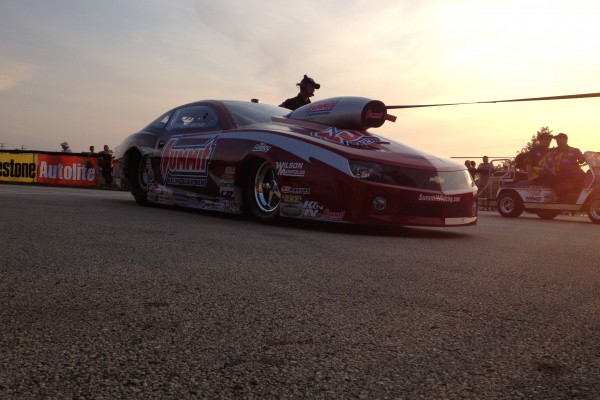 Sonny McCurdy cooks for the entire KB Racing team behind the trailers in the Route 66 Raceway pits. McCurdy used to work in NASCAR and has developed a reputation throughout professional motorsports for being a good guy to have around. Particularly when he's prepping food.

Anderson is hard at work on Line's car into the late evening hours following Saturday qualifying in Joliet, IL.

The incremental time sheet that NHRA drivers and crews use following a qualifying session to study and analyze how their cars performed.

Both Line and Anderson expressed confidence that the Camaros aren't far away from greatness.

3 responses to “Line, Anderson “All In” with New Pro Stock Camaros”