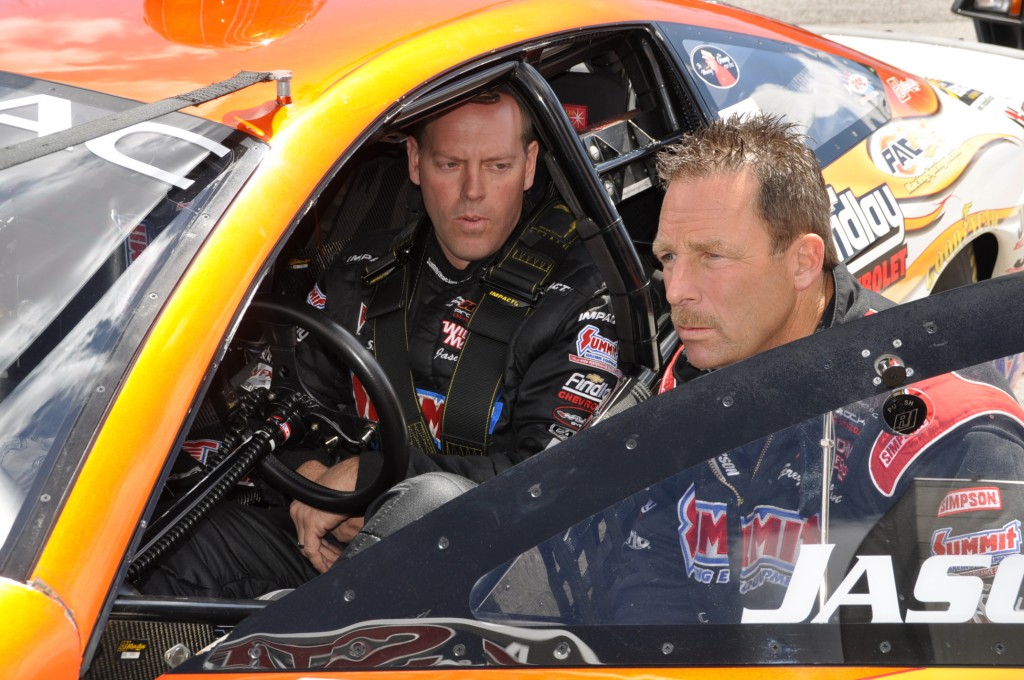 NHRA Pro Stock drivers Greg Anderson and Jason Line were eliminated in the quarterfinals Sunday despite some pretty solid passes at the NHRA Spring Nationals at Royal Purple Raceway in Baytown, TX.

Anderson remains the Pro Stock points leader with Line in the second position 60 points behind.

As close as the competition is right now in Pro Stock, you need an absolutely error-free performance to win. We didn’t have that today. – Jason Line, NHRA Pro Stock driver

Despite all that, both Anderson and Line won in the first elimination round. Anderson defeated Kurt Johnson, and Line defeated Rickie Jones.

In the quarterfinal matchup with #4 qualifier David Connolly, four-time champion Anderson posted a 6.611-second time with a top speed of 210.05 miles per hour. Connolly got the win with his 6.596-second, 210.11-mile-per-hour pass.

“For some reason, we were off on the set-up the entire weekend,” Anderson said. “It wasn’t for lack of trying, as we threw everything at our Summit Racing Pontiac looking to better its performance, but it never really responded the way we wanted it to. We made a couple of decent runs in qualifying, but just could not duplicate them today in the heat. We spun the tires at the hit in the second round, and it cost us.

“We have less than a week before our next race in Atlanta, so we’ll put this weekend behind us, study our notes to figure out how to fix this, and do whatever we need to run well there. Needless to say, we have a lot of work to do, and a very short time in which to do it, so it’s time to roll up our sleeves.”

In his second round encounter with Mike Edwards, Line delivered the quickest elapsed time of the round, covering the quarter mile in 6.591 seconds with a top speed of 210.50 miles per hour but fell just eight thousandths of a second shy of overcoming his rival’s starting line edge and 6.603-second, 209.79-mile-per-hour run.

“As close as the competition is right now in Pro Stock, you need an absolutely error-free performance to win,” Line said. “We didn’t have that today, and as a result our day ended earlier than we wanted. We didn’t make a particularly good run in the second round, and the driver could have done a better job. If we had done either of those, we probably would have won the round, but we didn’t, so we have to learn from it and move on.

“The good news is that we have less than a week before our next race, and we have a fast Summit Racing Pontiac. With only a few days to get ready, we’ll need to pay attention to every detail so we can go to Atlanta, qualify well like we did here, and then convert that performance into four round wins on Sunday.”