After building our Stroker’s Wild series of Ford stroker engines–a 347-cubic-inch 5.0L, a 393-cubic-inch 351 Windsor, and a 520-cubic-inch 460–the time had come to strap them to Trick Flow Specialties’ Superflow dynometer and start whomping on ’em. We were either going to make some big numbers, or we were going to blow stuff up trying.

Fortunately, nothing broke, nothing went wrong, and the dyno printouts proved what we knew all along—there’s big power in stroker motors. In our case, a lot of that has to do with the careful parts selection and engine assembly done by the folks at Summit Racing.

OK, enough with the blabbering and backslapping. Let’s see how much power these Fords made…check out the images below for results. 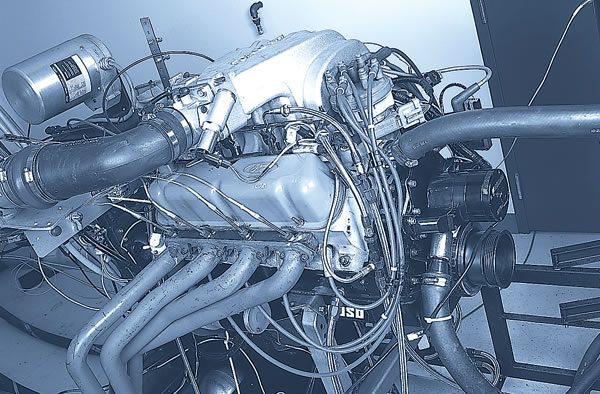 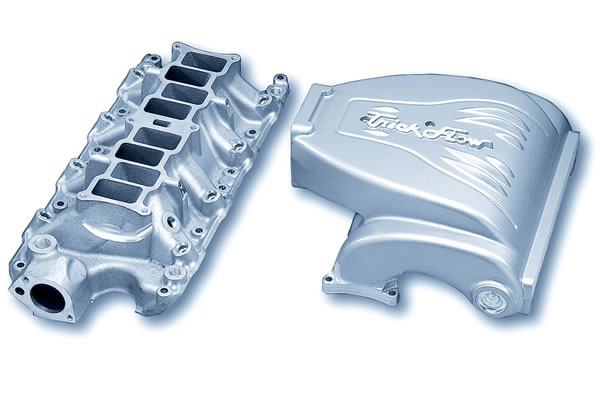 347 C.I.D. Five Liter We set up our 347 as a fuel injected engine. The 10:1 compression long block is topped with a Trick Flow R-Series EFI intake manifold, a 70mm BBK throttle body, and 24 pounds-per-hour fuel injectors. A Ford EEC-IV computer controlled fuel and spark delivery for the dyno testing. You can read about the engine buildup in Strokers Wild: Part One.

The R-Series intake manifold is designed to produce power from 2,500-7,250 rpm, making it ideal for strong street and bracket racing engines. The lower intake has short, large cross-section runners that are biased to midrange and high-rpm power. Intakes with long, small cross-section runners (the factory Ford 5.0L intake, for example) are more biased to low-rpm torque. Trick Flow has many other EFI intakes for 5.0Ls and 351Ws.

As the dyno results indicate, our 347 has the right parts combination to make good power—over 400 peak horsepower and 395 foot-pounds of peak torque.

393 C.I.D. 351 Windsor As outlined in Strokers Wild: Part Two, we stroked a 351W out to 393 torque-monster cubes. For the dyno test, we topped the engine with an Edelbrock Victor Jr. intake and a 750 cfm Holley double pumper. This induction combination helped build power in the upper rpm ranges.

With a pair of 1 7/8-inch primary headers and 36 degrees of total timing, the 393 belted out 529 peak horsepower and 472 foot-pounds of peak torque. Just as we hoped, the power peaks occurred way up in the powerband. Still, there was plenty of torque available down low, with just a touch over 375 foot-pounds of the stuff available at 3,000 rpm.

With a 1,050 cfm Holley Dominator perched on a Trick Flow R-Series A460 single plane intake, 2 1/8-inch primary headers, and 34 degrees of total timing, the 520 thumped its way to 752 peak horsepower and 660 foot-pounds of earth-spinning torque. Even at 3,000 rpm, there were over 530 foot-pounds of torque available.

Think 752 horsepower is good? Trick Flow dyno-tested its new and improved PowerPort A460 340 heads and R-Series A460 intake on the same 520-cubic-inch short block outlined in this article. The only other changes were shorter Trick Flow pushrods (9.100-inch intake/9.550-inch exhaust), and 1.73- ratio Trick Flow roller rockers. The new heads and intake added over 50 horsepower (805 vs. 752) with peak torque essentially a wash (659 vs. 660 foot-pounds). Progress is a wonderful thing.